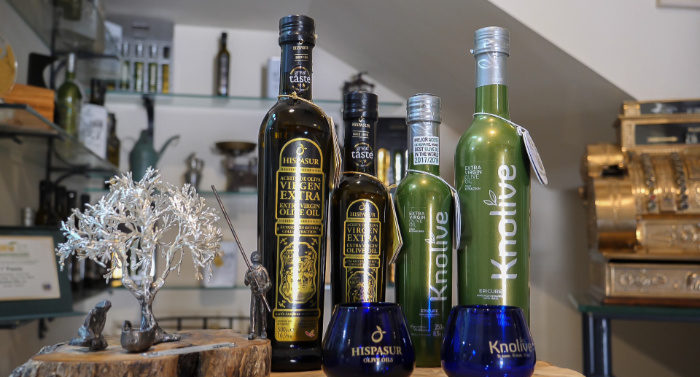 The Andalusian foreign sector has demonstrated its competitiveness as an engine of economic growth. Now more than ever, Andalusia remains one of the most exporting communities in Spain, with exports of 25,206 million in the first eleven months of 2020, and a trade surplus of 2,583 million euros. Andalusian companies of international success are responsible for this strength, such as Knolive Oils, a company from Córdoba, dedicated to the production, packaging and marketing of high quality extra virgin olive oils.

The company, located in the municipality of Priego de Córdoba and with more than 160 years of experience in bulk sales in the olive sector, is now led by the sixth generation of the family who has started a new business strategy.

His goal now is “to reach all the gourmet stores in the main capitals of the world”, points to the Extenda agency Alberto Yévenes García, CEO of Knolive Oils.

In the last five years, Knolive Oils has been recognized with more than 200 international awards, including that of the best extra virgin olive oil in the world in the official ranking. This has helped increase sales to tripling. The Andalusian company intends to continue and consolidate its reference markets increasing sales in those with less incidence.

Dantia: The Andalusian technology company that faces challenges with talent

Dantia was born in 1996 in Andalusia

Andalusia breaks its record in agri-food exports in 2020

Javier Sánchez Rojas, chairman Confederation of Entrepreneurs of the province of Cádiz