By Live and Stream 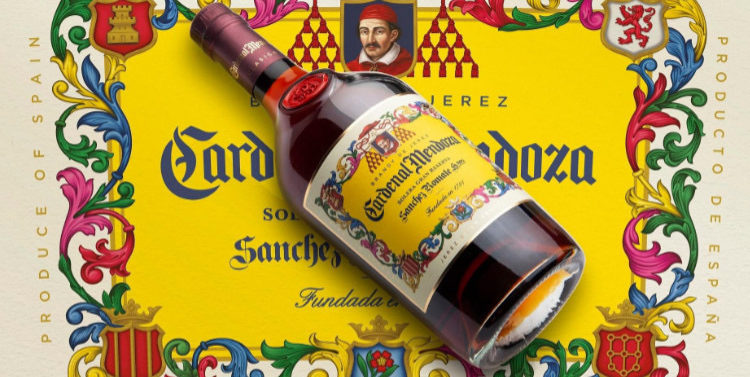 In 1887 the 4th generation of the Sánchez Romate family created an exclusive brandy for the family and their closest circle of friends. This was the beginning of Cardenal Mendoza Solera Gran Reserva.

A Brandy of Jerez steeped in tradition and consistency, the evolution of the brand’s presentation has changed only once since 1957.

At the end of the 18th century, the busy streets of Jerez de la Frontera was proof of the bustling activity in the city, which was thriving thanks to the exports of its renowned wines.

The wine sector’s boom attracted merchants from near and afar. However, it was a Spaniard, Juan Sánchez de la Torre, who established the foundations of the firm Sánchez Romate Hermanos, one of the few remaining wineries in the Jerez Designation of Origin which is still in the hands of local owners.

In addition to achieving market recognition for the quality of his wines, Juan Sánchez de la Torre soon earned the appreciation of his fellow Jerez inhabitants: this wine-producer was restless, educated and a man of his time – the Age of Enlightenment – who lent firm support to progress in education and the arts in Jerez.

Over time, the winery grew and adapted to the successive technical advances that were taking place while maintaining their respect for traditional methods. Over a century after its founding, the firm reached a milestone when in 1887 the fourth generation of the Sánchez Romate decided to create an exclusive brandy for the family and their closest circle of friends. This was the beginning of Cardenal Mendoza Solera Gran Reserva, the firm’s flagship brand.

Today, the wines and brandies of Sánchez Romate maintain their international spirit, with a firm commitment to expansion across the rest of the world and a new design.

Dantia: The Andalusian technology company that faces challenges with talent

Dantia was born in 1996 in Andalusia

The Andalusian foreign sector has demonstrated its