What is the Flamenco? 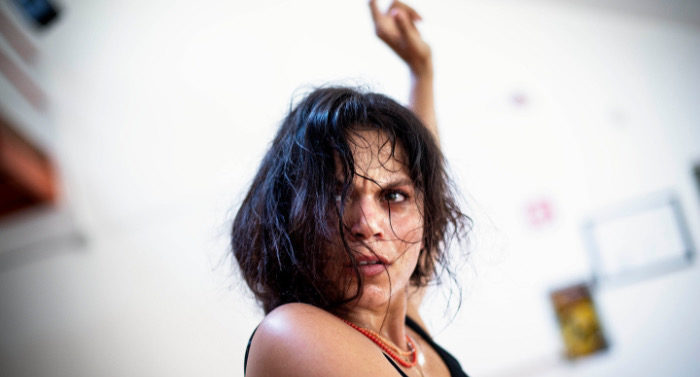 When you look up flamenco in the Collins dictionary definition is:

1.- A type of dance music for vocal soloist and guitar, characterized by elaborate melody and sad mood.

2.- The dance performed to such music.

As a definition it falls a little short. To begin with, flamenco is several things in one. It is a music but also a way of showing oneself to life, it is a tribal rite, a muffled cry and, at the same time, the deepest of groans.

Flamenco is the essence of a people, a people without borders. Flamencos can be from Seville, from Jerez, from Manchester or from Washington. You could be a flamenco, you just have to feel it and let yourself go.

Flamenco is a musical genre from Spain whose main centres are in the provinces of Seville, Cadiz and Huelva, although it can be found throughout Andalusia, Extremadura, the region of Murcia and other parts of Spain.

The origin is unclear. Like good mestizo music, its trail is lost and then recovered. There are many theories that defend various origins and all seem equally reasonable.

In Spain there was a cultural mix between Jews, Moors and some Castilians that led to the mixture of their music.

It seems that this situation was favourable for the gitano people to take these rhythms as their own and enhance them by singing their laments and their experiences, adopting them, adding to them almost oriental cadences that they carried in their backpacks of nomadic people.

Flamenco is song, dance and accompaniment. The cante, which is performed by the cantaor, not the singer, has evolved from the rough forms and the bloody themes of an oppressed people towards sweeter and less suffering forms, although they still preserve the classicism in their concerns (love, destiny, death) and in their interpretative forms, even though the current cantaores do not go hungry like their predecessors.

Dance has evolved much more than cante and enjoys levels of freedom and creation typical of the best contemporary dance, without losing its racial vision.

Although the queen of instruments in flamenco is the guitar, many other instruments have long since been incorporated. From the piano, all types of brass, the violin and even the harp.

Evidently, flamenco is much more and if you want to suffer and enjoy it, you have a wonderful future path with which you will enhance your life like few other things (perhaps only love).

The origins of Flamenco in Andalusia

The origin of flamenco in Andalusia is

The guitar and his art

The classical or Flamenco guitar is one

Dance and its origins

The foot tapping or the furious passion

The footprint and the gitano soul of Flamenco

The transcendence of this art has crossed